I’ve always wanted to be a game designer.  Since I first learned the term, there has always been one answer to the question: what do you want to be when you grow up?  I came of age knowing notable names like Will Wright, Peter Molyneux, Shigeru Miyamoto, Warren Spector, Emily Short, Cliff Bleszinski.  Never a stand out artist, I focused on English, Writing, and Computer Science in school, figuring that would be the best combination to follow in the footsteps of the greats.  I even attended an accredited university with a degree specific to Game Design and Development, and was both humbled by the tough experience and exuberant to make it through the course.

You might imagine my surprise when I entered the real world to find out:

There’s no such thing as a ‘game designer’.

Now, if I’m being honest, I knew there wasn’t usually a direct career title of “The Game Designer”.  I knew that making a game was an extremely complex process, one that often took a huge team of artists and engineers of all different stripes to come together and work video game magic.  I was aware of the different positions at all the major AAA companies, and knew my skills at the time lent towards a ui/ux or programming position.  I had hoped to get an entry level job somewhere and work my way up.  Those hopes ended up crashing against a few harsh realities:

Finding a job, any job, is hard.

Location really matters in any industry (even with remote work).

Loans, Bills, Taxes all have to be paid at some point, and the sooner, the better.

That last one was probably the kicker, which is how I ended up shelving my game designer dreams and getting a “real job” as a software engineer and web developer.

The bug has never left me, and recently, I decided that it was starting to become a little too late to act on.  Though I’d paused the hope, the dream hadn’t died, and I had watched a growing phenomenon rise up through the video game industry: indie game devs.  Unlike AAA studios, these were smaller teams developing and publishing their own titles, and they seemed to be offering some real competition to the larger companies.  Some were even one or two person operations, able to build the entire game in-house, front to back.  Now, that sounds like a game designer!

I’ve spent the last few years studying the ways of both AAA teams and indie studios, and I’ve learned that there are generally five steps to forge your path from video game enthusiast to video game designer.

If you want to know what kind of designer you are, you first need to figure out the type of audience you want to attract.  In games, I’ve found that there are three things that define an audience:

What type of conflict, choices, and consequences they favor.

What type of quest they like to go on.

What type of gameplay style they prefer.

Each of these contains 6 different categories of Player, and you need to decide as a Designer if you want to focus on a specific type or try to hit a note for everyone. It’s generally better not to bite off more than you can chew, but it is also true that guidelines are only suggestions, not rules.

Depending on your view of learning and hard work, this section is either going to be the fun part or the part you try to skip.  Like anything in life, before you learn to walk, you have to learn to crawl.

First and foremost, you should be playing games.  Both just for fun, and with a critical eye, your Third Eye, for the why and how the mechanics were built and work within the game.  Even if you can't play the game yourself, YouTube features Let's Plays for almost any game.

One prominent YouTuber I recommend for Sci-fi, RPG, Strategy, and Rogue-like games is SplatterCat.  Depending on your intended genre and style, you will be sure to find a niche within YouTube to cater to your needs.

Once you have a particular style in mind, you'll need to find the tools appropriate to creating that type. This can vary greatly depending on if you want to do 2d or 3d, console vs pc vs mobile, or several other factors.

Below, I will try to cover the variety of tools available for game development, with a focus on the ones I've found particularly useful for the basics.  This wont include the many meta tools that will most likely be necessary to keep the project on track, like Project Management, Source Control, or Build Management tools. Many of these tools are available for free, or may have open source alternatives, but the more advanced ones you will have to pay for.   Links are affiliate where available, but none are sponsors at the time of writing.

Dialogue - Ink vs Yarn vs Twine

You must learn to market yourself and your product.

This section is probably the hardest for most aspiring game designers to hear, but the simple fact remains:

People don’t buy products they have never heard of.

If you want to be a successful game designer, at some point you're going to need to understand that like any industry, games are a business.  This is about choosing game design as a Career, which means you will be using these skills to support yourself, your family, and your studio.  You may get lucky and earn enough to survive off of a well-timed one-hit wonder, but the sad reality is that there are a TON of games in the market, and it can be hard to stand out enough to keep your studio financially stable and self-sustaining.

The key here harkens back to our first step, finding your audience.  Once you have found your chosen audience, you then have to actually attract them to your product, and the only way to do that is to actually get out there and make it visible. There are ways to do this that never have to involve a face to face meeting, so try not to let a fear of socialization hold you back.  Here are five ways you can start attracting and building up your brand’s audience:

We all have to start somewhere, and the key word there is START.  You can’t finish if you never begin, and our goal as designers has to always be focused on getting to the finish line. No one starts out the best in the world.  Sure, some may have more talent than others, but any one can learn anything with the right amount of time, dedication, and resources.  The magic of the internet provides all the resources you need to learn the different aspects of making digital games, so it's up to you to provide the time and dedication.

I’ve personally found that the best way to focus the mind when learning a subject is to learn by doing.  If you have a dream project in mind, start to boil it down to the smallest player action you can, and then get started on building out that action in your chosen engine.  If you lack ideas, don’t be afraid to simply pick your favorite game to clone.  Everyone will tell you to watch out for scope / feature creep, but that’s why you focus on a single player action at a time.  The key here is to simply pick something to do, and do it.

Your goal should always be to build out something practical and functional. Follow a tutorial to a point, then substitute your own IP ideas.  You will be building out your own assets that can be used down the line, while also developing your own style and aesthetic eye.

Not an artist?  Too bad.  You don’t need to be Picasso.  Anyone with access and ability to use a computer and mouse can make rectangles and circles using a paint program.  The more you use your tools, the more comfortable you will feel using them, and that comfort will bring out your creativity.

As you build out your pieces, look out for opportunities to improve or stretch yourself.  We are all on the path to learning, and even the best instructors don’t know everything.  Don’t take any given practice as the final authority, but try to respect the foundational knowledge that has been built before you arrived on the scene.

Share what you make, try not to worry about it being sub-par or not up to snuff, you are learning.  It will get better.  Also, everyone likes an underdog story, which you are by default until you make it.  There are a lot of people in this community that simply love to help, don’t be afraid to reach out to those that have already put themselves out there.  You may have to pay for the advice of some, but you will also find a lot out there free for the using.

Get (it) Out There

So, maybe there is no such thing as a game designer.  That's fine.  We are still designers, after all.  We’ll just make one. 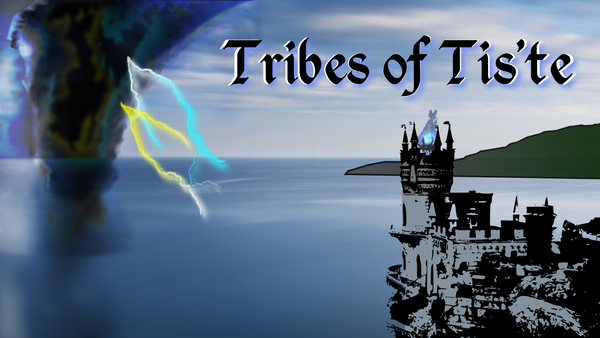 Collision When two parties arrive in the same location, we typically call that a meeting.  In a meeting, space can be limited, therefore if one party wants to occupy the exact same spot as another, that’s going to cause a conflict.  In gaming terms, we would call that conflict